A launch sequence in a very light wind 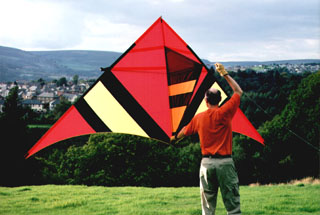 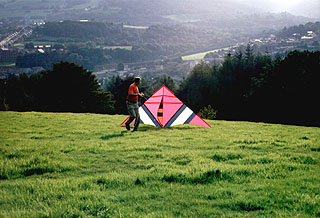 2) Laying out the line for a "long launch." In this instance there was virtually no perceptable wind at ground level, so about 40 yards of line was unwound (dictated by space considerations). This technique yields a lot of height gain with minimal upwind walking. 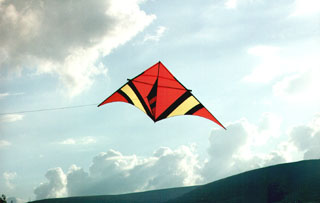 3) Instead of pulling the kite to a near vertical overhead position (where it might just stall), let line out as soon as enough wind is felt to hold the kite at a certain level. 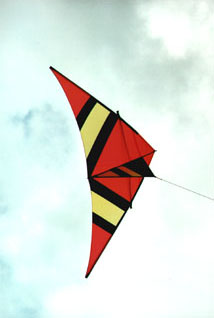 4) Controlling the climb with drag on the line, allow the kite to rise gently until a good angle is reached at which point it should be able to maintain itself without further ado. In this case, the kite found an absolutely prefect gentle, steady breeze above a couple of hundred feet.

A few points in passing: